What excuses or lies do you invent? The ones you tell yourself to avoid doing that thing that takes so much effort, that thing you dislike doing, or that thing that requires a huge amount of willpower? I’m tired, I don’t want to, it’s not the right time, I’ve already done enough, next week will be better, I don’t have time now, etc. In this article we’ll find out how to deal with these excuses.

From Euphoria to Abandonment

When we find ourselves starting something new, we’re enthusiastic and full of energy. We can’t wait to begin, and it seems as though this euphoria will stay with us constantly. Think about that time you decided to start a training programme at the gym, or when you went on a new diet, or simply when you made your New Year’s resolutions.

Does this ring any bells? ;) If so, you know what happens nine times out of ten. After a few weeks, it’s easy to start to slow the pace, to slack off. Your motivation starts to fall, you get distracted by things you consider to be more important, life’s ups and downs get the better of you and… BAM! You stop doing what you had planned to do altogether.

This kind of thing has happened to you at least once, right? If so, don’t worry: you’re normal! ;) If all human beings were heroes with an iron will, we coaches wouldn’t have a reason to exist!

Being normal, though, doesn’t mean being condemned to a life made up of unfinished projects. Before you thrown in the towel, there is a specific moment at which your mind starts to make up excuses, to make you tell yourself  ‘lies’. In most cases this happens gradually, without you really being aware of it. However, it’s precisely at this point that your project’s success, or otherwise, can be determined. 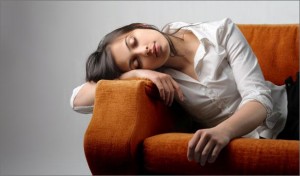 As described in my book “Master The Art of Life”, here’s a technique for dealing with excuses in 4 easy steps.

If you’re able to recognise excuses in time, you can deal with them easily and make sure you succeed. Here’s a rundown of the most common types of excuses:

Step 2: Understanding the causes of excuses

Think about the resolutions you made at the start of this year. Are you succeeding in reaching all your goals? Or have you started to let them slide because of one or more of these excuses? If so, here’s what you can do next time you find yourself faced with this kind of situation.

First of all, ask yourself what could have caused the excuse, without lingering too long on this point (your resources will be better spent understanding how to deal with it, as you’ll see in step 3).

What has led you to adopt this excuse?

Understanding what has generated your excuses will help you become better aware of your psychological dynamics, or how your mind works. However, this knowledge is not yet enough to prevent potential future relapses.

Step 3: Recognizing the impact of excuses

Now that you’ve clarified the reasons behind your excuses, ask yourself what you stand to lose if you don’t succeed in achieving 100% of your objective:

What would be the consequences of failing to achieve your objective?

If you have lost sight of your reason for wanting to reach this goal, reiterate to yourself the significance that achieving it will have for your life:

Why do you want to reach this goal?

Don’t limit yourself to logical and rational explanations. Instead, search for the deeper meaning that compelled you to want to change something in your life in the first place. Of course, everyone will have different motivations. What is beyond all doubt is that you can revisit the bigger picture behind every single one of your objectives – your vision – so that you are clear on how each objective is important within your general life plan. 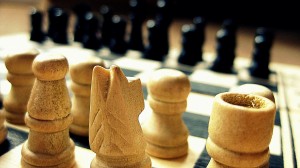 The next step at this point is to muster the willpower to take action to prevent yourself from getting lost in excuses.

What can you do to get back on track?

Make an effort to identify solutions that could help you stay motivated. Start with taking even a very small action that will lead you closer to your goal, something very specific that you can implement in the next 24 hours.

Moreover, you could add some external motivation triggers. For example, you could think up a reward that you can only enjoy once the objective has been fulfilled. Or you could announce your good intentions on social media, so that you have one more reason not to disappoint yourself… or your fans!

Alternatively, you could ask for help from someone you’re particularly close to, or engage a professional coach who can support you in dealing with the difficulties you’ll encounter along the way.

Whatever solution you choose to adopt regarding this last point, what counts is that you do something. Don’t let laziness and old habits take you back to where you were before. Show yourself you can make it!