Have you ever wanted to say NO to something and instead ended up saying YES?

Perhaps it was the time someone asked you for a discount, or to attend a meeting that would have robbed you of precious time. Or the time you were asked for a favour, which you did just to keep the other person happy.

Only to regret your decision and get annoyed with yourself because, yes, you did it again: you said yes when every fibre of your being was screaming NO!!!

Not that long ago I would feel obliged to say yes to everything I was asked. I was used to trying to give the best of myself, all the time. So I would say yes to show that I could do this, too.

In fact, I was putting myself second. Because I was subconsciously looking for other people’s approval, I wanted to be loved and accepted. Put this way it sounds simple, but it took me a while to understand the psychological processes involved.

When you say yes, what are you saying no to?

Things changed when I realised that:

The crux of the matter lies in understanding whether the person you’re saying NO to is really yourself. Every time you say YES to someone else when you don’t really want to, you’re most likely saying NO to one of your own needs.

On the other hand, saying NO to these people, or to non-essential activities that rob you of your time, means saying YES to yourself and to your business.

Our resources are limited, as are our time and energy. This is why it’s important to be careful when choosing the things you say yes to and those you say no to.

Rediscover your own worth and say yes to yourself

It’s only when I began to re-evaluate my own worth that I realised I could find a balance between giving and receiving.

The most important revelation was that it’s OK to receive as well as to give. How often do we focus on what we can give to others, overlooking the fact that we can also ask for things ourselves?

Working more than necessary, satisfying impossible requests or going overboard on giving discounts wasn’t going to do anything except increase my internal frustration.

Saying No without feeling guilty 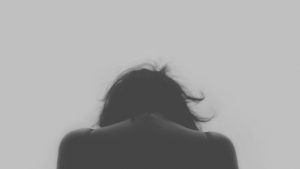 If someone asks you for a favour and you want to say no, respond kindly but firmly, without making excuses.

The worst thing you can do is trot out some fictional reason or fumble around for an explanation (you don’t want to sound as though you’re making it up, do you?). Be clear on the reason you’re saying no and say it firmly and politely. You’re under no obligation to say yes to other people’s requests. Remember that you always have a choice – it’s your decision.

Always keep in mind your priorities and the reason you’re saying no.

We all have priorities. Frequently, other people’s priorities are not in line with our own. You therefore need to remember what is really important for your business and what is not so important right now. Of course, I understand you want to do everything, but just be aware that it’s simply not possible – you have to choose.

Stop putting other people first and start being more ‘selfish’.

I’m not suggesting that you turn into an uncaring person or that you ignore other people, but remember: if you’re not capable of taking care of yourself, how will you be able to take care of others? Put yourself categorically first in YOUR world, and learn to be kinder to yourself and to respect your own needs.

You can offer alternatives if these are in line with your needs.

If you really, really don’t feel like saying no, or if part of you wants to say yes, consider alternatives that would make it a win-win situation. Is there a way you can meet the other person halfway so that the balance isn’t in either favour of either of you?

When you receive an email, you don’t have to reply immediately. 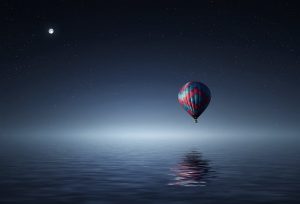 This was a mistake I used to make a lot. I felt a duty to reply to every email I received as quickly as possible, and would end up letting hours and hours slip by without achieving anything concrete for my business. The solution? Schedule one or two specific slots in your day for replying to emails, and do it only during those periods. They’ll very often be about matters that are urgent for other people, not for you. Don’t let the priorities of others determine your own schedule!

You might also be interested in: Four Ways to Make Sure Your Business Doesn’t Tire You Out

When someone asks you for a discount, be clear on the value of what you’re offering and specify your boundaries.

One thing I suggest you start doing is defining – on a sheet of paper, in a Word document or wherever you want (but do it!) – the prices of your products or services. You can specify both a list price and a possible minimum price that you don’t want to go below. While doing this, remind yourself of:

If you’re prepared to give discounts, clearly define the conditions under which you’ll do so. Will you give a discount to friends? If so, how much? What are the criteria you’re using to classify someone as a friend?

It’s taken me a while to appreciate the importance of saying no. I would often feel guilty and be afraid of hurting the other person. I’ve come to understand that I was doing myself a disservice and that, particularly in business (but also in life in general), this behaviour was not helpful to me at all.

Of course, sometimes I still end up saying yes when I’d like to say no, but I give myself a stern telling off and am inspired to learn from my mistakes.

Remember: you don’t always have to say yes. It’s fine to say NO.

Have there been times you’ve said YES when you wanted to say NO? Under what circumstances?