ThreeSixtySkills - Online business strategies for female entrepreneurs / Blog / Money doesn’t make you happy. Or does it?

Following on from this slightly controversial title I’d like to talk about something close to my heart: money.

A while ago I sent a simple question to the ThreeSixtySkills community:

Consider the idea of creating a business based on your passions. What are the biggest obstacles you can see?

Guess what? Many of the responses were about money. Of course – we can’t live on air alone. But what do you do if you’re convinced it’s wrong to work for money, that it isn’t right to get paid for helping others, or that money is the root of all evil?

Let’s find out how to tackle these beliefs and transform them into something more useful for your business.

At one time money was a taboo subject for me and talking about it made me feel extremely uncomfortable. I kept saying that how much I earned didn’t matter to me – what was important was being able to do something I enjoyed and being happy.

It was almost as though earning money and being happy were two opposite things that were mutually exclusive to each other. Who says you can’t be happy earning a lot? And who says you’ll be happy if you don’t earn very much? Nobody, to be precise.

As long as I was working for someone else, this conviction didn’t bother me very much. Basically, I received my salary at the end of the month and that was fine with me. Once I’d started my own business, though, I very soon came up against my ‘money mindset’ and my mental blocks over cash.

On the other hand, I was in constant turmoil, because I would look at the accounts at the end of the month and realise that things couldn’t go on like this. If I continued in this way, I’d have to shut up shop. And find myself another job.

Does this situation ring any bells?

How useful are your beliefs about money? 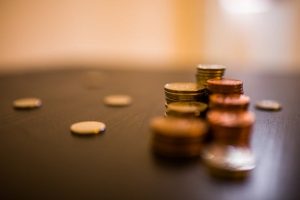 Backed into a corner, I started to tell myself: ‘Things aren’t going well – something has to change. If I continue to believe that money is ugly and dirty, I’ll never be able to grow my business and I’ll be forced to give it up.’

Perhaps you’ve also had thoughts along the lines of:

Et cetera. So, stop for a moment and make a whole list of ALL your beliefs connected with money, never mind how positive or negative they are.

Then, once you’ve got the whole list in front of you, review each belief and ask yourself this:

How useful, right now, is this belief of mine about money?

To what extent is it helping me in my business?

I’ve done this too. The answer was troubling and revealing at the same time: It’s not. At all. Not one bit.

What is important to you? 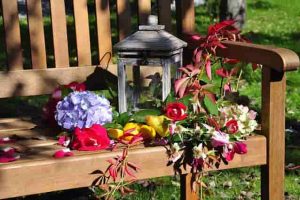 Armed with this information, the next step is to be clear about the positive intention hidden behind each belief. It’s helpful to dig right in and ask yourself:

What is really important to me about this belief?

For example, let’s take the conviction that money is the root of all evil. Perhaps in the past you’ve had problems when it came to money. And from then on you’ve been convinced that whenever money is involved it causes problems. Well, if you change your point of view and ask yourself what is important about this belief, you’ll find out that you value peace of mind and a quiet life.

Alternatively, let’s think about this: rich people are bullies. What value is this belief hiding? Perhaps you consider it important to be kind and to respect other people.

Can you see how for every limiting belief there’s a corresponding value, something you consider important?

Pick up your list of beliefs about money once again and identify the corresponding value for each statement.

Reframe your beliefs and create new ones 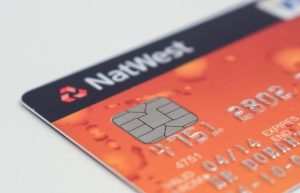 Now that you’re clear on the values that are hidden behind your convictions about money, you can generate much more useful, workable beliefs to satisfy that same positive intention.

Alright, alright. Let’s take it one step at a time. We’ll go back to the example we used just now: rich people are bullies.

The new belief could be:

As you can see, there are numerous examples. The only limit is your imagination.

At first it might seem strange, and your conscious mind may refuse to accept the new beliefs. This is normal.

Through repetition and freeing yourself of emotional barriers, little by little, things begin to change. To speed up this process you can focus your attention on experiences that confirm your new belief.

For example: who do you know who is wealthy and has respect for others? If such a person doesn’t seem to exist, ask yourself whether it’s possible that, out of the other seven billion people in the world, at least one of them could be kind and rich at the same time.

If it still seems impossible to come up with an answer, shift your focus to the people who you consider to be kind and respectful towards others. Then ask yourself: could it be possible that one of them is also well off? Maybe so!

Every time you hear that little voice inside telling you ‘Rich people are bullies’, swap the thought immediately for the new belief ‘I can be rich and have total respect for others’. Do the same thing for all the other beliefs.

And if you really, really can’t shake that limiting belief, get in touch for a free consultation.

Working on the money mindset involves a lot of detail and it frequently takes several sessions to ‘resolve’ this issue, so it’s impossible for me to go into everything in a single article.

Anyway, the paragraphs above can provide you with a direction to start working towards. Break a leg!

Whyever would you be reduced to having only money or happiness? It’s not like you have to choose – you can have both.

Are you grappling with your money mindset too? What are your beliefs about money? Are they getting in the way of you achieving the success you desire? Let me know what you think in the comments box below.

See you next week,