A new year has just begun and many of you have probably set meaningful goals and resolutions. But what really ensures that you’ll succeed in taking charge of your life?

First of all, playing the victim is the first habit to get rid of. It will all be useless until you take responsibility for what you have and who you are.

Take Responsibility For Your Life

The word ‘responsibility’ calls to mind the notions of ‘response’ and ‘ability’. Being responsible suggests having the ability to respond.

This new way of viewing responsibility is hugely powerful, since it gives you the opportunity to choose whether to respond, when and how to do so in the best possible way.

I am in control of my life.

Conversely, people who are unsatisfied and unhappy, and who complain repeatedly, think this:

Life is something that happens to me.

In the first case, people who are convinced that they are in control of their lives also take control of their decisions and take responsibility for their actions. This is exactly why deciding to do it makes you the hero of your life.

However, people who are persuaded that life simply happens, leave their everyday happiness to chance. Instead of working hard to get what they want, they prefer to complain and to blame external events. 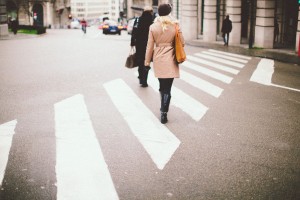 Let’s see if we can make it clearer with this simple but powerful formula that I learned from Cayden Chang – one of the most heroic people I have met, who beat cancer twice:

The E stands for Event. It includes anything that happens in daily life. Usually, these events are beyond your control: you cannot influence them directly. What you can do is decide how to react.

The second letter, the R, stands for Response, which refers to everything you do, think or say, in response to the event. This means that the way you react to an event is a consequence of your own decisions.

The O stands for Outcome. It is a combination of the event and your response.

However negative the Event may be, the more useful your Response, the more positive the Outcome.

On the other hand, when faced with neutral or even positive Events, if your Response is negative or not useful, the Outcome will most likely be negative, too. 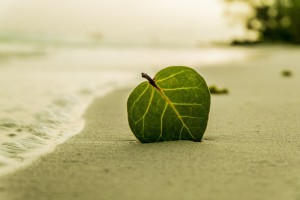 As an example, at one of my training courses I met Richard, a gentleman who surprised me with his pessimistic nature. Richard thinks that life is a battlefield and only the strongest can survive. Unfortunately, he does not consider himself part of this group.

Richard is looking for a job. Every attempt he makes seems useless: whenever he is invited for interviews, he becomes convinced that he won’t be hired.

Every time Richard reacts to an opportunity in a negative way, it is no surprise that his interviews do not go well.

Imagine if Richard’s reactions were different. What would happen if he were convinced that he had every chance of making it? The probability of his success would drastically increase.

Besides, if his early interviews did not go well, instead of getting demoralized, Richard could decide to take responsibility and react in a useful way, trying to understand which aspects to improve, so as to finally secure a right position for himself.

Decide Your Reactions, Choose Your Responses

People can be faced with the same situation and react completely differently to it.

Being aware of the elements that come into play and taking full responsibility for your results will allow you to decide your reaction and no longer let events happen to you.

Do you really want to face the change and start taking responsibility of your life? Download the free Hero’s Diary and be the hero of YOUR life.

This article has been published on Executive Lifestyle.