The first rule of communication theory states: “It’s impossible not to communicate.” We communicate many things without saying anything at all and, in the same way, remaining silent can have various meanings. What are they?

When confronted with a situation that has caught you by surprise, have you ever found yourself not knowing what to say and staying silent as a result? Although on one hand your silence is completely legitimate, on the other you may end up giving off signals that are completely unrelated to your true intentions.

In this article you’ll learn that silence can be both a resource and a very powerful weapon. It can sometimes even have catastrophic consequences for your interpersonal relationships.

What does your silence communicate?

My inspiration for the topic of this article came from Isabelle (name changed for privacy reasons), who was telling me a few days ago that she has problems communicating openly with her husband. Very often, when she has to face up to difficult situations, she retreats into silence and hopes that things will work out by themselves.

Isabelle: ‘There are times when I feel so angry that I can’t put my emotions into words. When this happens I need time to reflect, to figure out my feelings. But my husband doesn’t seem to understand me. Instead, he gets angry himself and we end up arguing.

Isabelle: ‘I just want him to give me a hug, so that I can feel that he’s there and that he supports me, that’s all.

Me: ‘When this kind of thing happens, what messages might he be receiving?’

Isabelle: ‘He… probably thinks I’m doing it on purpose, to hurt him or to make him feel guilty!’

Suddenly Isabelle realises that her silence is not helping things – in fact, it’s counting against her. Instead of communicating to her husband that she needs to be hugged, the messages this silence conveys are more along the lines of ‘it’s your fault’ or ‘leave me in peace’. 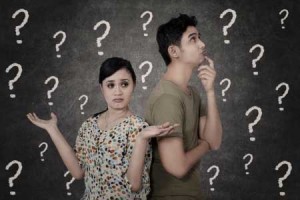 So it’s true that it’s impossible not to communicate, but it’s also true that the message you transmit to your interlocutor doesn’t always reflect your intentions and can be misinterpreted!

For this reason, Isabelle’s silence may easily be misinterpreted by her husband. Does this mean that silence shouldn’t be part of a conversation?

No, quite the opposite. Silence in itself is not actually a negative thing. It can be a very useful resource, but at the same time it can become a weapon if it isn’t used appropriately.

Silence as a weapon

Have you ever tried talking to someone who is sulking? If so, you know how frustrating it can be and how powerless the situation can make you feel.

However hard you try to pursue the conversation, your efforts turn out to be useless because the other person is ignoring all your signals, pretending not to hear you, or mumbling that ‘everything is fine’, when in fact you know very well that it isn’t fine at all.

Alternatively, have you ever been to a work meeting in which you enthusiastically try to put forward your opinions, certain they can be of use to the whole team, but you receive no response at all from the other people present?

Their silence in the face of your continued attempts to assert yourself seems to be proof that they feel a sort of superiority towards you, which makes you feel useless and totally unappreciated.

In these examples silence is deliberately used as a weapon to hurt or damage the interlocutor, or to cause them to feel guilty or inferior.

Silence as a protective shield

As opposed to a weapon, silence can also be a shield. It can be employed as a way to avoid a discussion taking a turn for the worse, or to prevent a relationship problem being further aggravated to the point where it becomes unmanageable.

Imagine you’ve had a terrible day at the office. Everything that could have gone wrong went wrong, and even the simplest things became complicated. All in all, it was a day you want to totally forget about. When you arrive home you’re irritable and your mood has hit rock bottom. 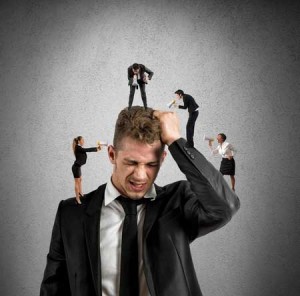 Yet as soon as you open the door you’re surrounded by your kids, who want you to play with them. Shrieking and screaming, they’re making enough noise to frighten the whole neighbourhood.

Because you’re so tired and irritable, you feel unable to handle the situation optimally and you’re worried you could easily descend into a fit of rage, so you decide to stay silent and shut yourself in your room as quickly as possible to avoid causing a scene.

This is an example of silence as a useful resource, employed for protective reasons to avoid a situation getting out of hand because you’re not in the right state of mind.

During a discussion, this type of silence needs to be communicated clearly to avoid undesirable misinterpretations. For example, you simply need to say: ‘I’m not feeling up to dealing with this situation right now and there’s a risk I might say something I don’t mean and hurt you. Could we continue this discussion another time?’

Silence as a space for reflection

Another situation in which silence can become a resource is when it’s used to give space for reflection or introspection.

For example, think about the last lecture or presentation you attended. At the end, it’s likely that the speaker uttered that fateful phrase: ‘Are there any questions?’

This question is often received with a certain amount of embarrassment and hesitation on the part of the audience, not because the presentation wasn’t interesting (hopefully!) but simply because the audience hasn’t had enough time to mentally go back over what has been said, to collect their own thoughts and to think of possible questions.

In this kind of situation, it can be extremely useful to ask the people present to take five minutes to look over their notes or to think about the themes that were presented. This can transform an embarrassing silence into a silence that becomes a space for reflection.

How to ensure silence is not misinterpreted

Silence can be used as a weapon or as a resource. As a resource it can have a protective/defensive function, or it can be used to provide space for reflection.

As you’ll have guessed, to ensure that communication goes smoothly and, above all, to establish a good relationship with your interlocutor, it’s usually more efficient to put silence to use as a resource.

However, there’s no lack of situations in which, despite your best intentions, your silence may be misunderstood and wrongly interpreted.

This is exactly what is happening in Isabelle’s case. She is experiencing her silence as a resource, since it gives her the space she needs for self-reflection, the space to understand her emotions. Conversely, the same silence is experienced as a weapon by her husband, who feels hurt and accused.

What can you do in this kind of situation? To avoid misinterpretation, it’s important to communicate openly and honestly, making your interlocutor aware of:

So here we are at the end of the article. Speaking of which… do you have any questions?

You can have as long as you want to think about it. :-D

If you enjoyed this article I’d like to invite you to let me know, either by clicking the buttons below to ‘like’ it or by leaving a comment. I really appreciate receiving your feedback. Don’t remain silent, I might… misinterpret it! ;-)

See you next time,